A lingerie league of their own

The Lingerie Football League (now the Legends Football League) players say that they are athletes first. The lingerie is, in their minds, an unfortunate necessity. Many admitted that sex appeal was the reason fans attended the game, but talk to any woman who’s played, and you’ll learn that it’s no powder puff or flag football.

The players dedicate exhaustive effort, months of their time and thousands of dollars to a sport with little reward, to a league that takes more than it gives. Many players hope that one day the league won’t be about the sex appeal but instead a showcase for female athleticism.

“People can get the impression it’s just a bunch of bimbos out here,” Omaha Heart quarterback Linsey Noble said. “Everyone has their own story. You can’t really judge people by the cover, by the book or the lingerie.” 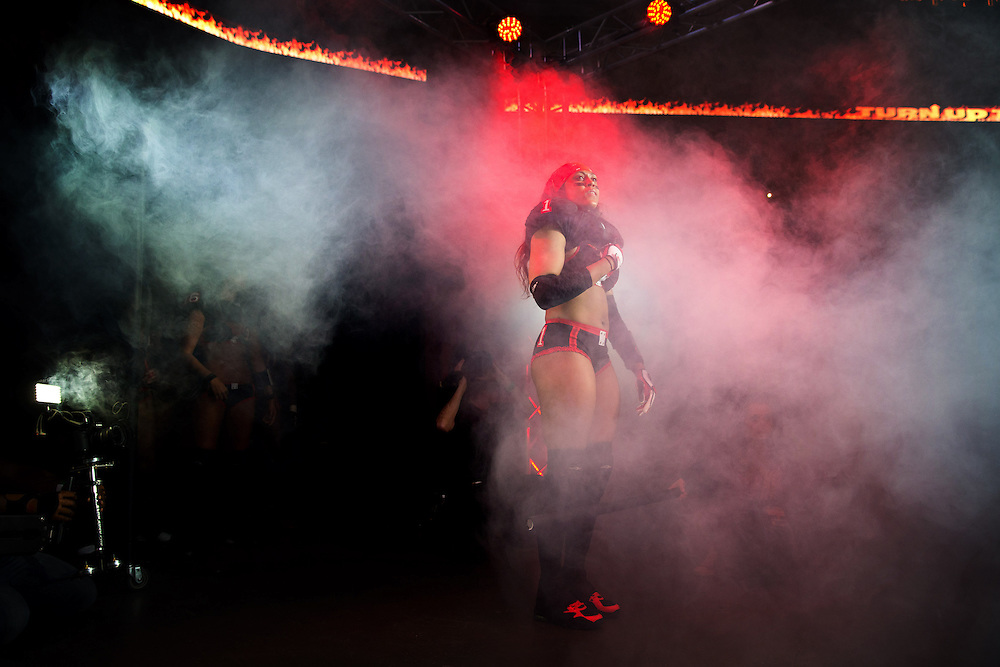