Robby Lamas, who works at the GM Powertrain Bay City Plant, poses for a portrait in the early morning after finishing his shift. By working or GM, Lamas followed in the footsteps of his father and grandfather but considers himself lucky to have the job. He’s the youngest person at the Bay City plant by ten years.

In the 2016 election, the long Democratic-leaning and union-supporting Bay County voted to elected Donald Trump. 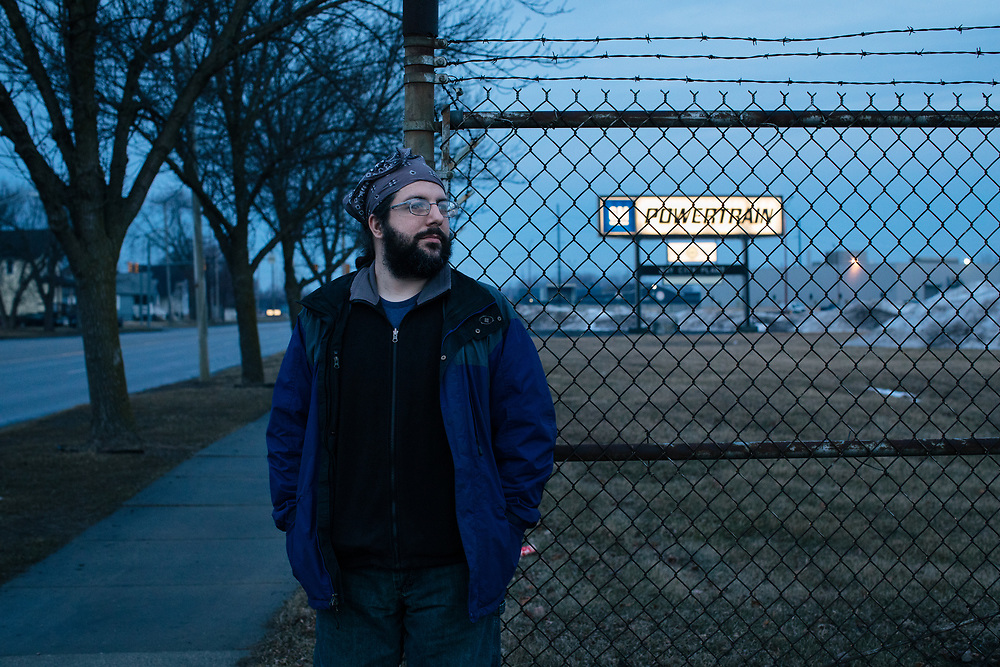