Gabriela Tajeda-Rios, an immigration lawyer, poses for a portrait outside of her home in Willowbrook. The home, which Tajeda-Rios moved to in 2009, is 0.2 miles from the Sterigenics plant that has been emitting a carcinogenic chemical called ethylene oxide. 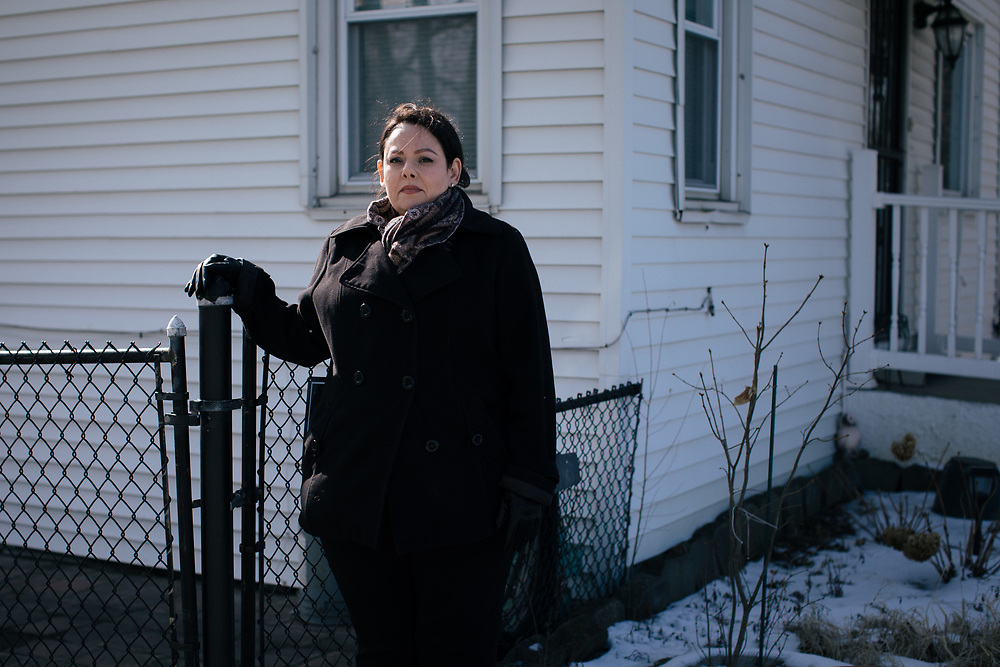