With the decommissioned Janesville GM Assembly Plant at back, Mary Johnston tries to fix the O2 sensor on her Ford Taurus. Her father taught her how to fix cars, she said, but she was missing the necessary wrench to finish the job.

The plant covers 4,800,000 square feet on the southern end of town, and since production ceased in 2008, the surrounding neighborhood has struggled to bounce back. 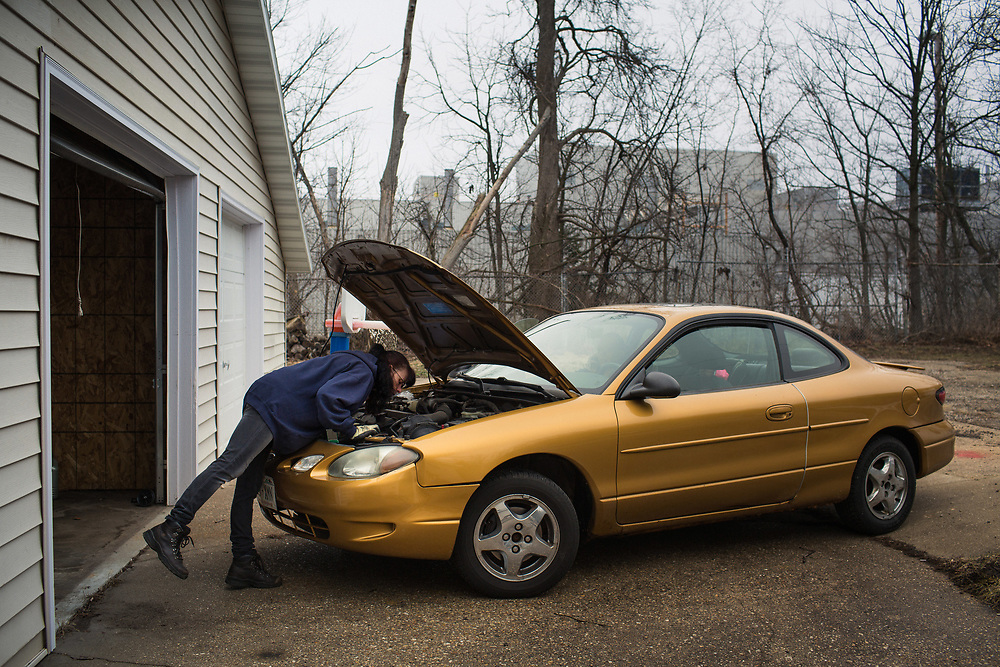