U.S. Army veterans Roxanne Grey Cloud Thompson, at left, and Germaine Tremmel embrace after learning that the Army Corps of Engineers denied a permit to drill underneath the Missouri River. The two are both Hunkpapa from Standing Rock in South Dakota and are Sitting Bull decendents.

With the North Dakota winter setting in, protestors at the Oceti Sakowin Camp have dug in as the Dakota Access pipeline, which they have been protesting since early 2016, nears completion at the confluence of the Missouri and Cannonball Rivers. 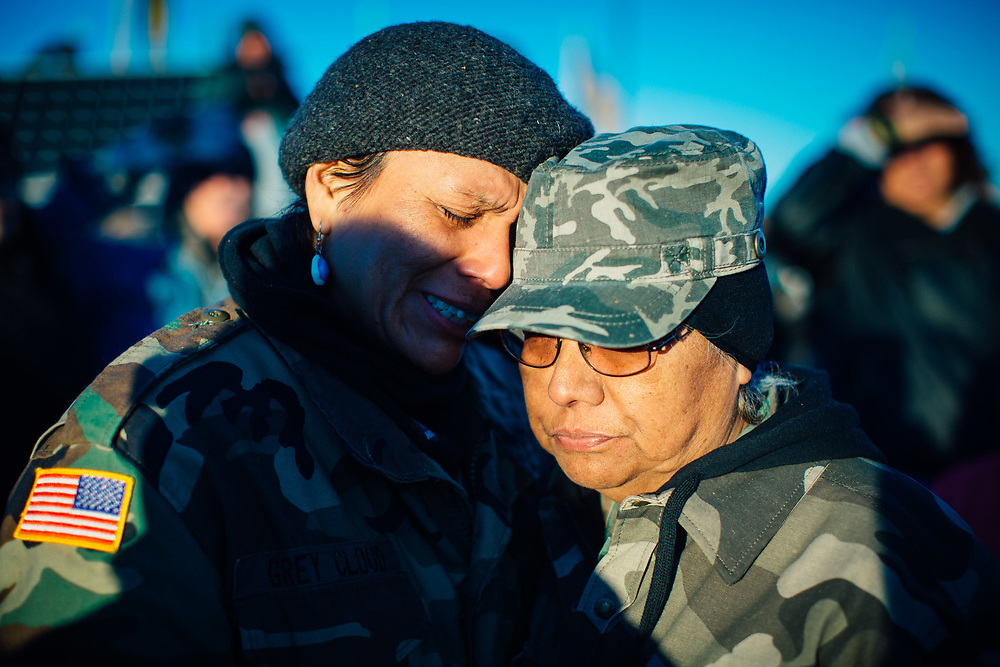