Photographs of taxi drivers who John Henry Assabill encouraged to buy medallions line his basement wall. The city of Chicago gave Assabill a taxi medallion for being the best driver in 2004, but Assabill was talked into borrowing against the medallion and eventually went bankrupt. 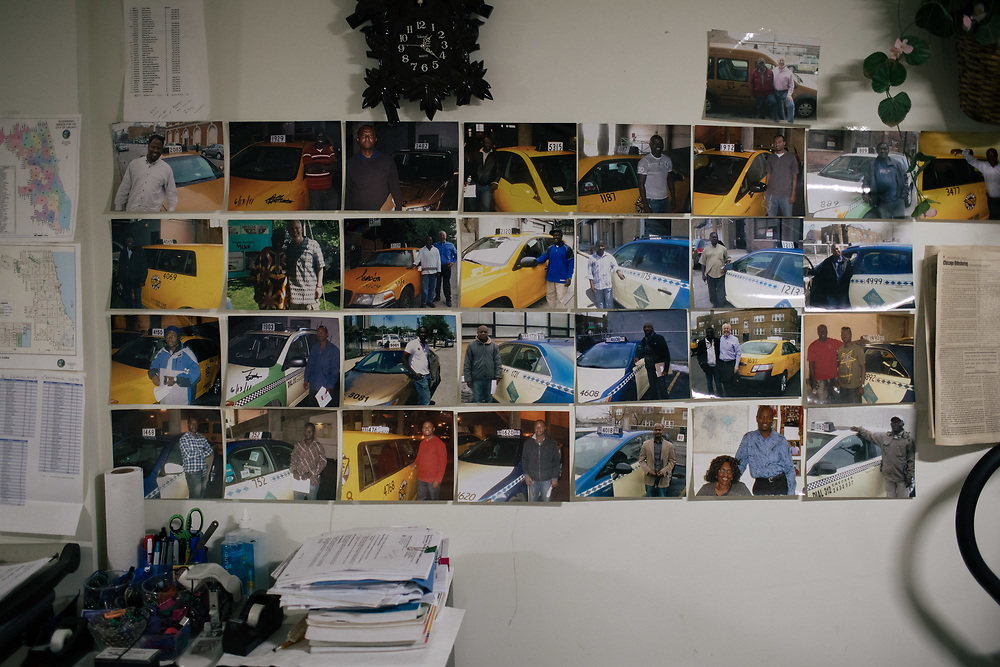