George Lutfallah, who runs the Chicago Dispatcher, a newspaper focusing on the taxi industry, poses for a portrait in downtown Chicago. Lutfallah holds a copy of the publication featuring a story on Chicago Mayor Rahm Emanuel's taxi industry reforms. 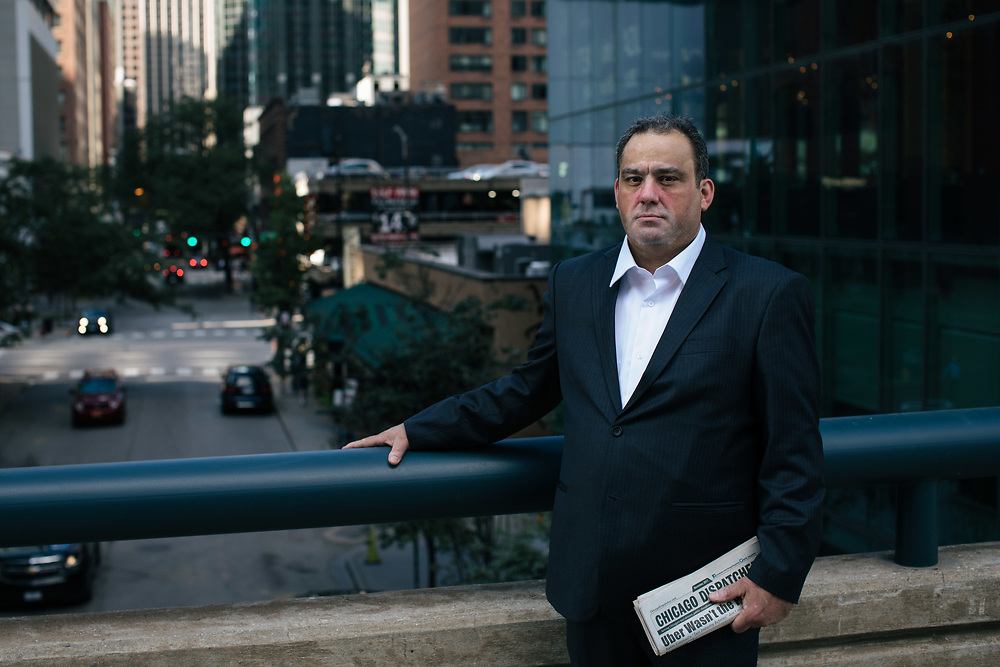