Sean Bringardner, who has no tribal affiliation, has stayed at the Oceti Sakowin Camp for almost a month and plans to stay until the end of winter or longer "because this is the kind of place that's going to help out the world," he said.

Veterans and tribal leaders march along Highway 1806 as heavy snow and wind hit the area where thousands have gathered to protest the Dakota Access Pipeline on Monday, Dec. 5, 2016.

With the North Dakota winter setting in, protestors at the Oceti Sakowin Camp have dug in as the Dakota Access pipeline, which they have been protesting since early 2016, nears completion at the confluence of the Missouri and Cannonball Rivers. 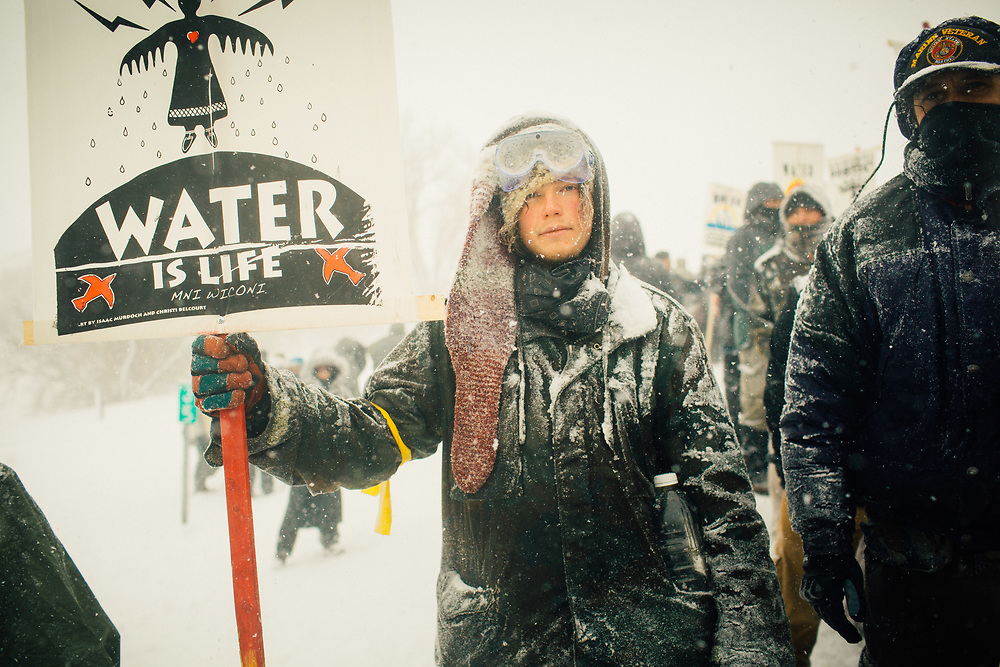