Joseph Marshall and his 9-year-old daughter Kinehsche' Marshall traveled from the Hoopa Valley Indian Reservation in Northern California, which has sent close to 150 people to the Sacred Stone camp in the last month. Marshall said he hoped his daughter would absorb the experience of the camp. "I've been telling her since she was a little person that she's the storyteller. When we're all gone, she's going to be the one telling the story. So it was really important that as soon as I found out I was going, I was like Kinehsche', you're going with me," he said.

When visitors turn off a narrow North Dakota highway and drive into the Sacred Stone camp where thousands have come to protest an oil pipeline, they thread through an arcade of flags whipping in the North Dakota wind. Each represent one of 280 Native American tribes that have flocked here in what activists are calling the largest, most diverse tribal action in at least a century, perhaps since Little Bighorn. 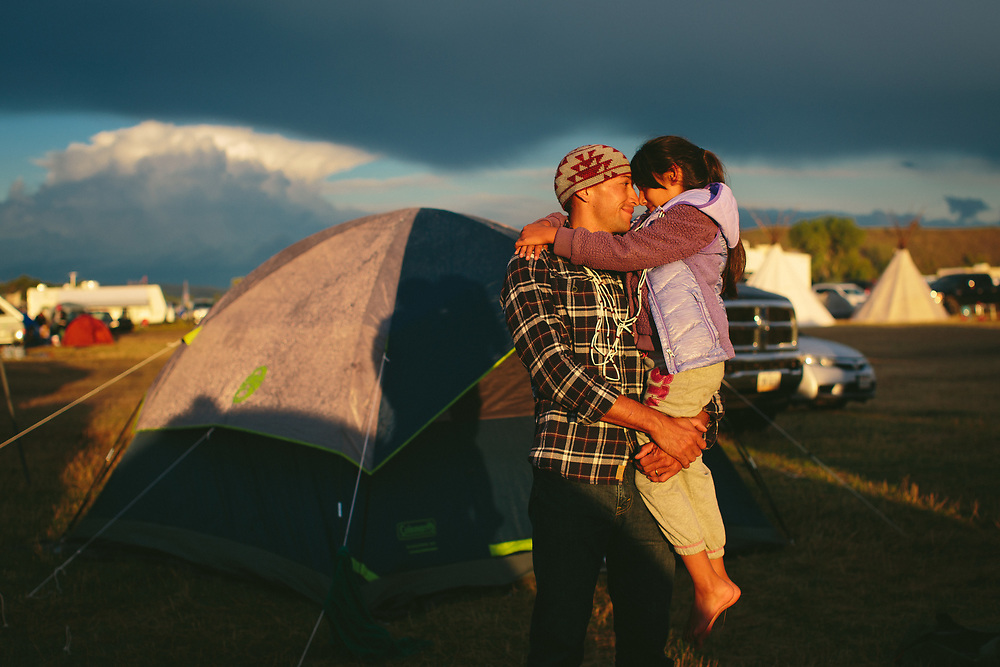