Kayzia Teal, née Whitaker, laughs with her mother Tammy Whiteaker while posing for portraits in Janesville. After Teal's father was laid off from GM, she and her twin sister Alyssa used money from their after-school jobs to buy groceries for the family. 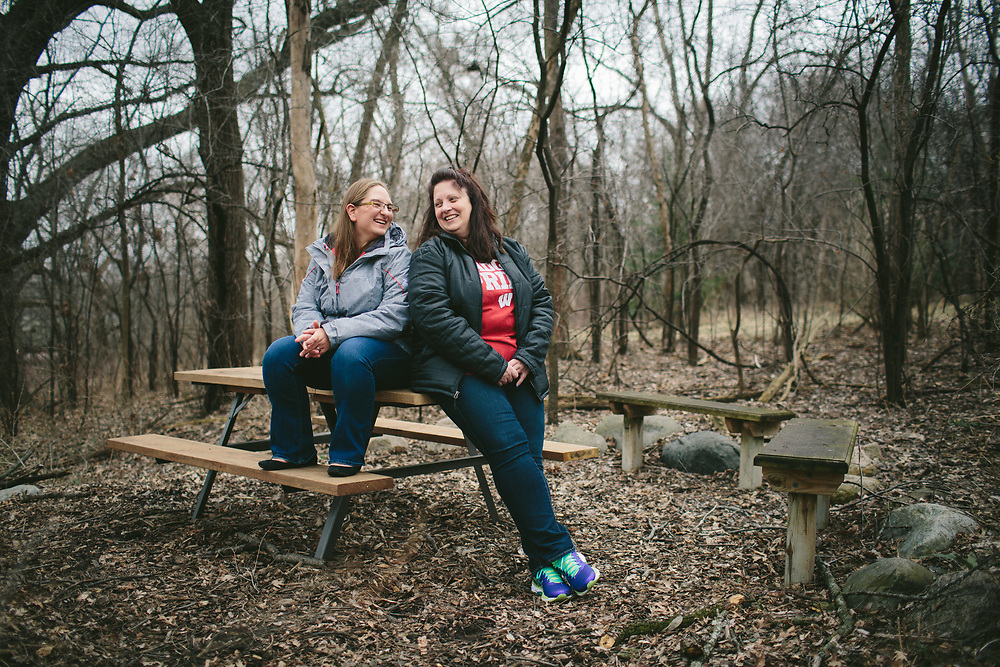