Mike Vaughn makes coffee in his home while spending time with his wife Barb Vaughn and his father Dave Vaughn. After the Janesville GM Assembly Plant ceased production in 2008, Lear Corporation closed, too, leading Mike Vaughn to break from his family's long history with unions. The Vaughns were one of only two families in town who had three generations on the Local 95 executive committee.


Kayzia Teal, née Whitaker, talks with her mother Tammy Whiteaker while posing for portraits in Janesville. After Teal's father was laid off from GM, she and her twin sister Alyssa used money from their after-school jobs to buy groceries for the family. 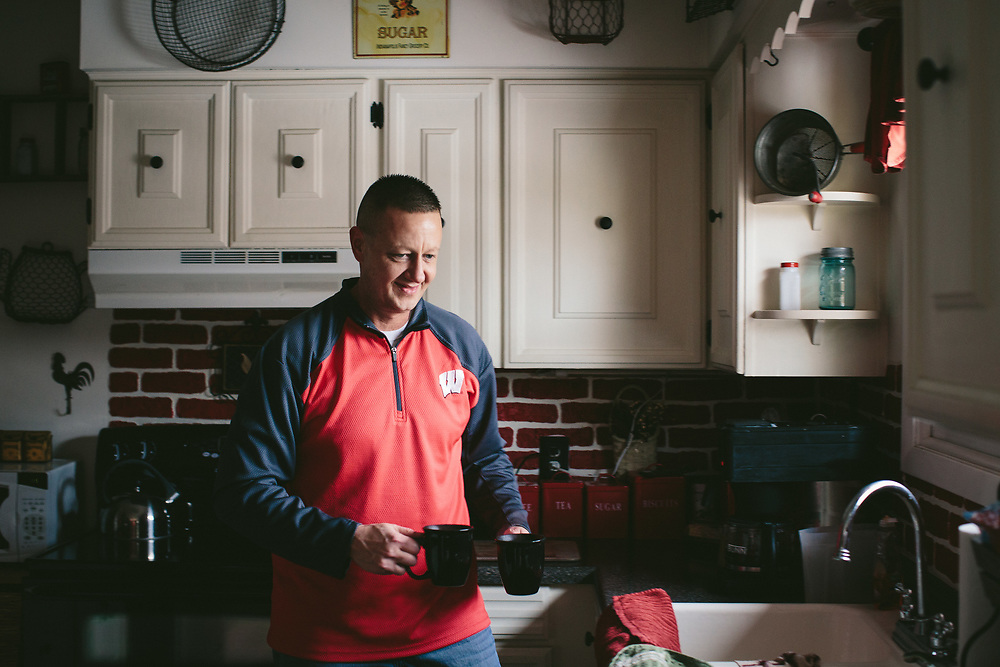