Bertrice Hall, in red, and Arthur Davis call voters on behalf of Chicago mayoral candidate Toni Preckwinkle at a field office in West Garfield Park on Chicago's west side. "Ain’t nobody going to run over her. She knows her business," Hall said of Preckwinkle. Hall and Davis are retirees and members of the Service Employees International Union Local 73.

Preckwinkle, the Cook County Democratic Party chairwoman as well as the county board president, is in a run-off election to become the 45th Mayor of Chicago. Her opponent, Lori Lightfoot, is a former federal prosecutor and president of the Chicago Police Board. No matter the outcome, Chicago will elect its first black woman as mayor. 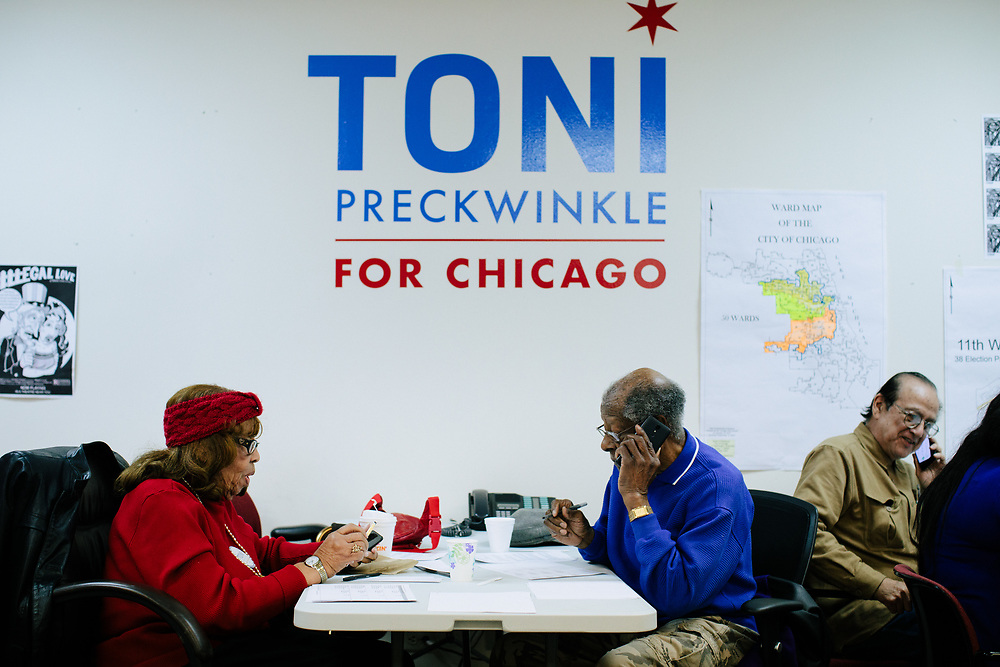