Senator Doug Jones (D-Ala.) greets with representatives from the National Association of Federally Insured Credit Unions, including B. Dan Berger, the President and CEO, at right, in Jones’s office in the Hart Senate Office Building on Thursday, January 16, 2020.

Some Democrats from red states, like Joe Manchin, try to run as close to the middle as possible to show their independence from the party. Doug Jones has taken a different tack, vowing to vote with his party in President Trump's impeachment trial and mostly avoiding efforts to court Alabama's legions of Trump supporters. The strategy has likely put Jones in even more electoral peril than he already was. 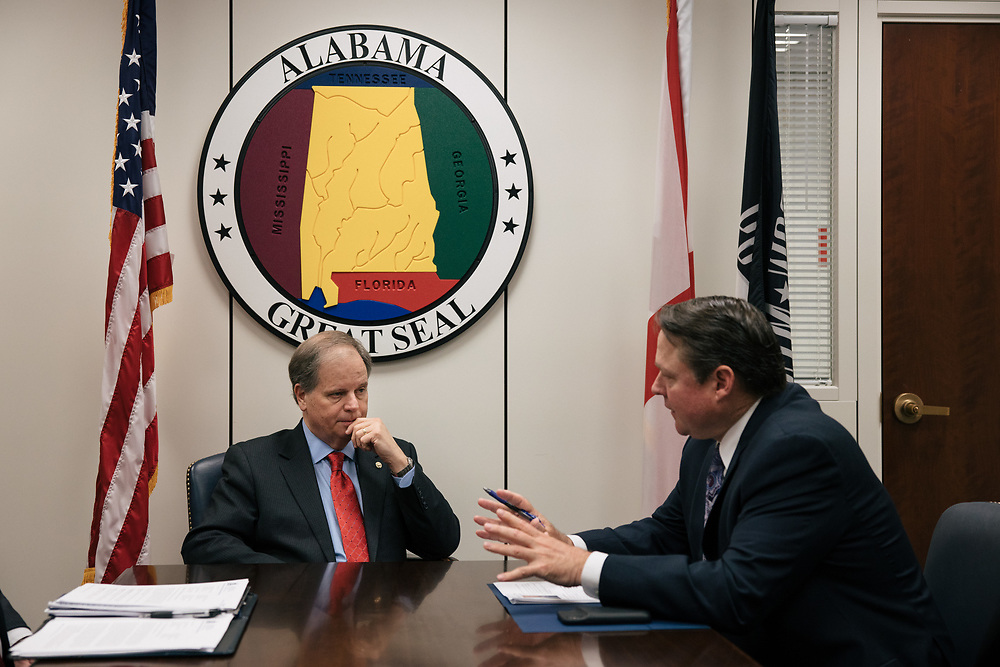