John Henry Assabill, the founder of the Gold Coast Taxi fleet, poses for a portrait in his home office. Assabill encouraged other Ghanian taxi drivers to buy medallions as an investment, including when prices reached $300,000 per medallion. Today, two-thirds of the men have filed or are in the process of filing for bankruptcy, Assabill said.

The city of Chicago gave Assabill a taxi medallion for being the best driver in 2004, but Assabill was talked into borrowing against the medallion and eventually went bankrupt. 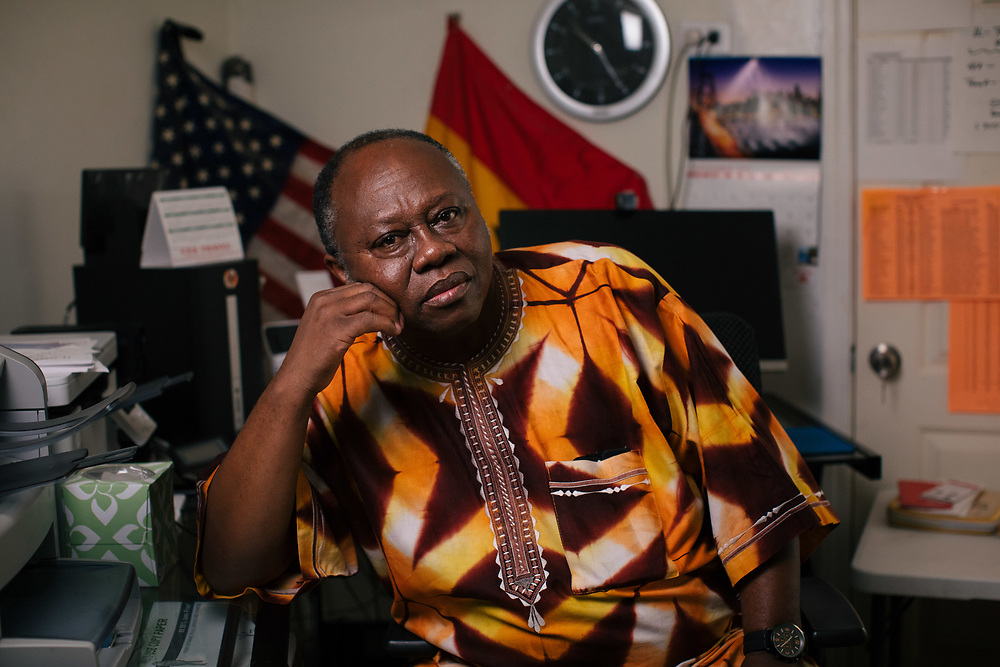