Kawanna Shannon, director of surgical services at a Planned Parenthood Clinic in St. Louis, poses for a portrait in a recovery room. The Reproductive Health Services of Planned Parenthood of the St. Louis Region is the last abortion clinic in Missouri.

In May, Missouri lawmakers approved a ban on abortions at eight weeks of pregnancy, often referred to as a "heartbeat law." The state's last abortion clinic, operated by Planned Parenthood, is currently fighting the health department's efforts to shut it down.

From John Eligon's story: "A deep-rooted church culture that tends to be liberal on civil rights issues, yet conservative on social ones, often leads African-Americans to positions on abortion that are outside of the country’s political extremes. The same religious values that cause some African-Americans to oppose abortion might also push them to embrace individual empowerment. The same people who say they support a woman’s right to choose may also say that they would never choose abortion for themselves." 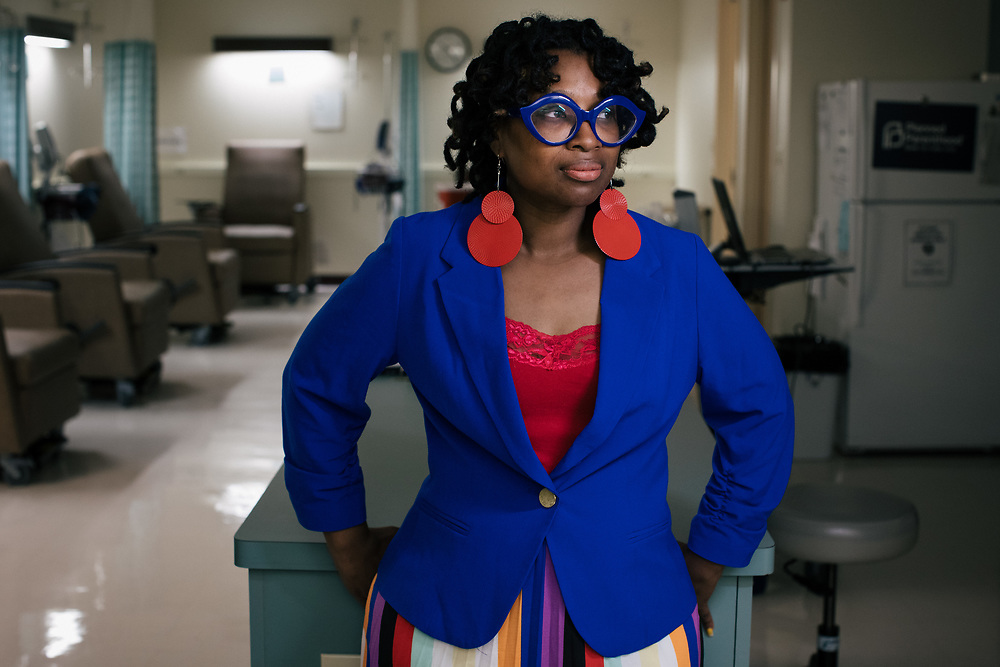