Robby Lamas, who works at the GM Powertrain Bay City Plant, spends time with his family, including, from left, his brother Cruz Lamas with Larissa Wilson and their 8-month-old niece Waylynn Lamas and his mother Margie Lamas at her home in Midland, Michigan. GM was once a major employer in the region. While Lamas followed in the footsteps of his father and maternal grandfather, he considers himself lucky to have the job. He’s the youngest person at the Bay City plant by ten years.

In the 2016 election, the long Democratic-leaning and union-supporting Bay County voted to elected Donald Trump. 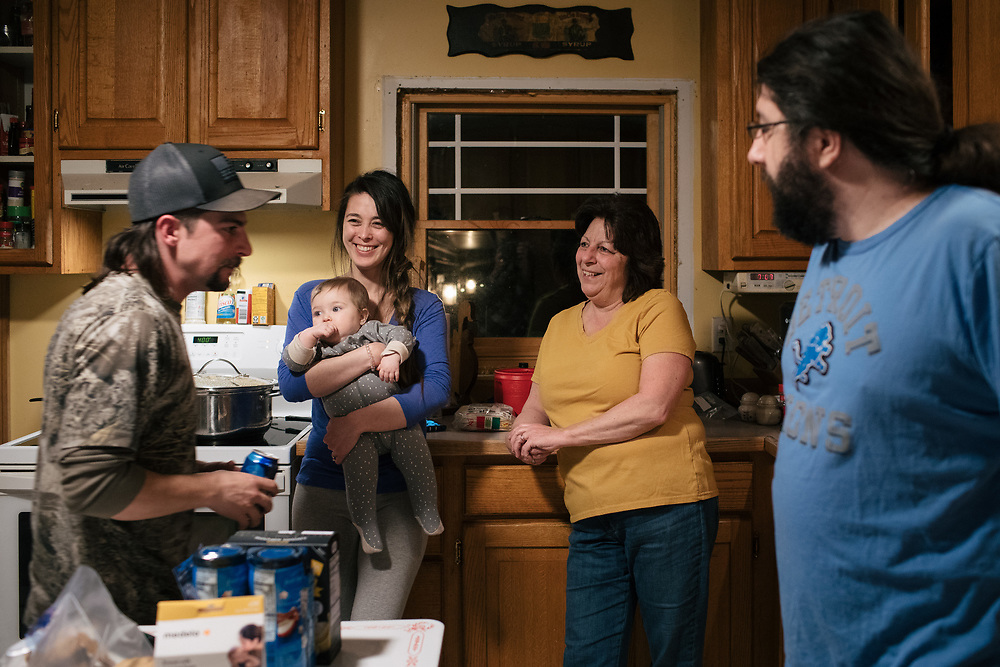