Maida Le Beau, of the Cheyenne River Sioux Tribe, embraces Bobby Robedeaux, of the Pawnee Nation, after learning that the Army Corps of Engineers denied a permit to drill underneath the Missouri River. Le Beau and Robedeaux's tribes were once enemies with histories of violence between them. Robedeaux said it was a time of healing, adding, "we all came back together."


An arcade of flags whip in the wind, welcoming visitors to the Oceti Sakowin Camp, where thousands have come to protest an oil pipeline. Each banner represents one of the more than 300 Native American tribes that have flocked to North Dakota in what activists are calling the largest, most diverse tribal action in at least a century, perhaps ever.

In the midst of this historic gathering, a familiar storyline emerges between the U.S. government and the indigenous people who have seen treaties and promises broken repeatedly. Will their efforts and personal sacrifices stop the pipeline? As Donald Trump prepares to take office, many doubt any injunction on construction will stand.

Still they flock to Oceti Sakowin. They came alone, driving 24 hours straight across the Plains when they saw news on social media about the swelling protest. Some came in caravans with dozens of friends and relatives. They came with the hope that their voices, unified and resolute, would be heard.

ìWe say ëmni wiconií: Water is life,î said David Archambault II, the chairman of the Standing Rock Sioux, whose reservation sits just south of the pipelineís route. ìWe canít put it at risk, not for just us, but everybody downstream.î He added: ìWeíre looking out for our future, the children who are not even born yet. What is it they will need? Itís water. When we start talking about water, weíre talking about the future generations.î 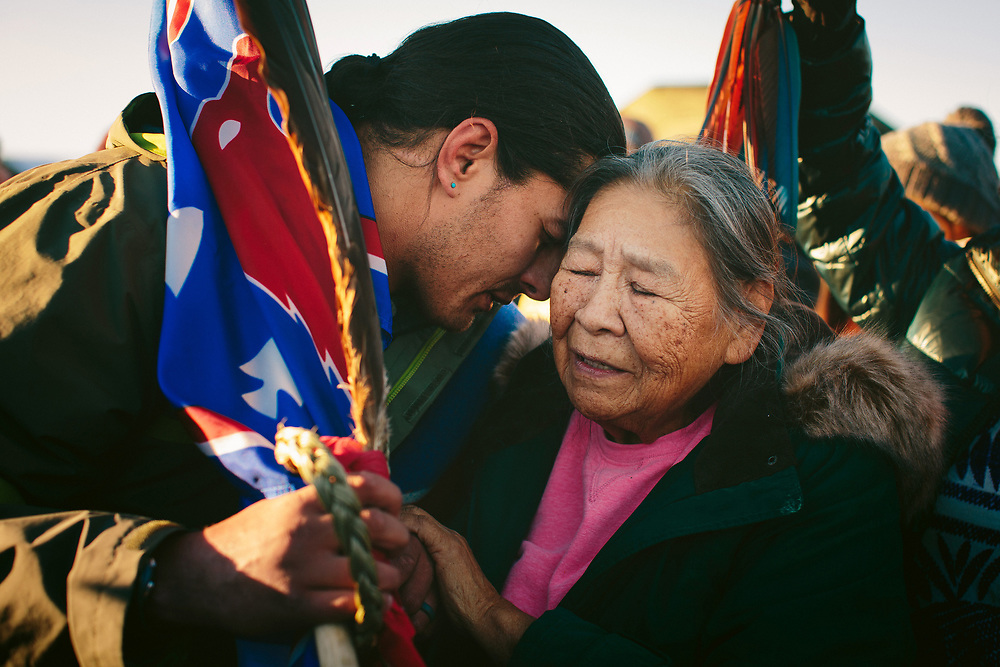