From left, Alexandra Rucinski, Laura Blanchard and Phoebe McNeece organized and lead a march along Snake Alley, shown at back, after the announcement that the Planned Parenthood of Burlington, Iowa will close this summer. Snake Alley is known as the most crooked road in the world. 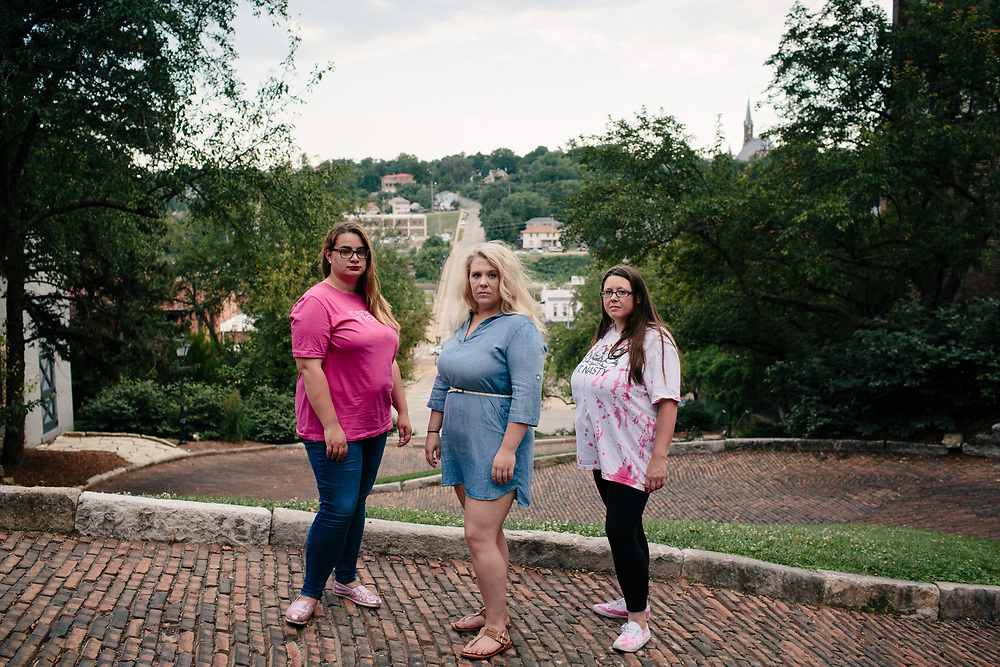